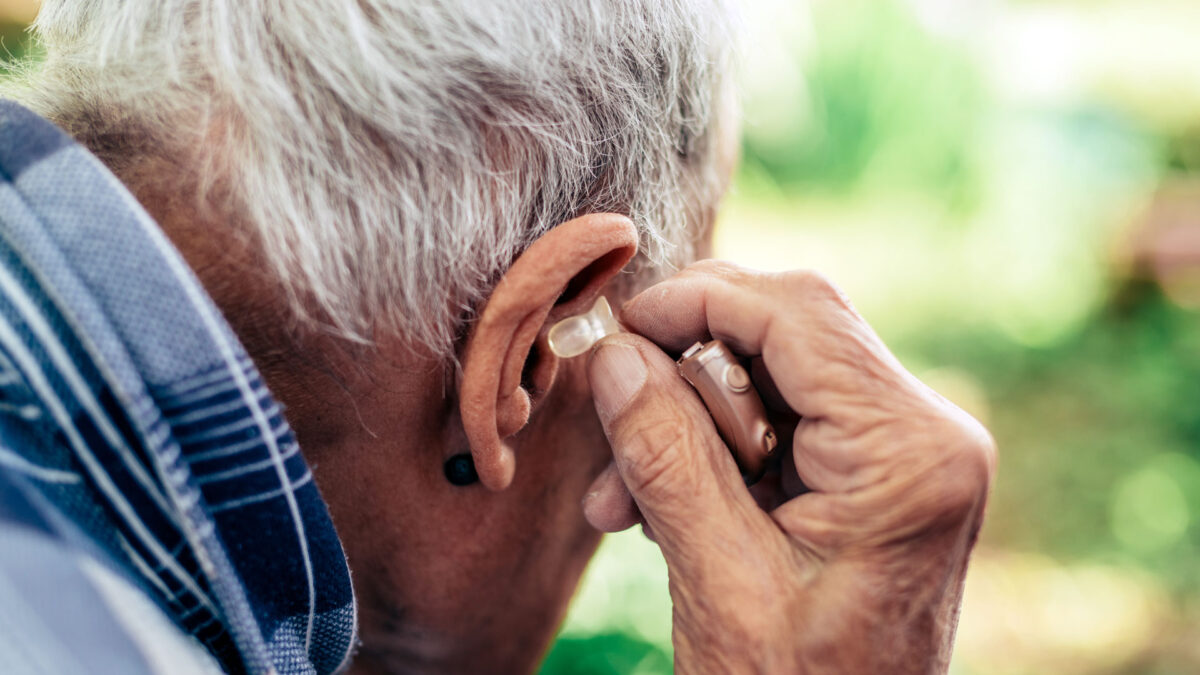 Almost half of Americans over 75 years of age and around one third of Americans between 65 and 74 suffer from varying degrees of hearing loss, making it the third most common chronic health condition in older adults.

Sadly, around 80 percent of older adults with hearing loss who could benefit from treatment don’t seek help.

As one study by the American Speech-Language-Hearing Association points out, “It is this insidious nature of age-related hearing loss that allows many adults to ignore the problem for years or decades.”

Other older adults with developing hearing difficulties may recognize and acknowledge the problem, yet still not find it severe enough to seek help. Whatever the reason, letting hearing loss go untreated can lead to a wide range of consequences, from mild to severe.

With that in mind, here are some of the most common risks and consequences of untreated hearing loss.

Having trouble hearing what is going on around you can reduce the amount of stimulation your brain receives. This, in turn, can lead to a decline in the ability to mentally process sound and identify speech.

Similarly, even if you do hear what was said, you may have trouble mentally processing what you heard. This decline in cognitive load, or how much information the working memory can retain at one time, can cause a person to expend much more energy to understand what people are saying, which in turn can lead to increased mental fatigue.

Furthermore, a study on hearing and dementia funded by The Alzheimer’s Society found that by expending additional cognitive resources trying to hear what someone says, you have fewer resources available to remember what they said.

Your social life may be impacted by an inability to hear what others are saying, leading you to feel as though you’re missing out on conversations or being left out entirely.

You may ask others to repeat themselves often, sit close so you can observe their facial expressions, or read their lips to understand what they’re saying. You may even pretend you follow what’s being said, nodding and smiling along, hoping others don’t realize how lost you really are in the conversation.

Ultimately, this may lead you to decline invitations and withdraw from social activities. 20-24% of older people with hearing loss are less likely to engage socially. All this can lead to feelings of social isolation.

According to research from the National Council on Aging on hearing loss and depression, people aged 50 and older with untreated hearing loss are more likely to report anxiety, depression and paranoia.

Hearing loss is one of the symptoms of both kidney disease and heart disease. It can therefore be an early warning sign of one of these chronic conditions as well.

Moreover, toxins built up in the kidney can damage nerves like those in the ear. Lastly, both hearing loss and kidney disease have some of the same risk factors, such as high blood pressure, diabetes and age.

Similarly, people with heart disease are over 50 percent more likely to suffer from hearing loss. Hearing loss can even be a warning sign of a heart condition, since restricted blood flow to the ear can cause hearing impairment.

Studies on hearing loss and dementia have found that even mild cases of hearing loss are associated with three times the risk of developing dementia. A severe case of hearing loss, meanwhile, can increase your risk by five times.

In addition to personal safety concerns from not being able to hear important sounds such as sirens and car horns, untreated hearing problems can lead to problems walking and an increased risk of falls.

According to John Hopkins University researchers, people with mild hearing loss are three times more likely than their peers with normal hearing to have a history of falls. Cited reasons for this include a loss of spatial awareness, cognitive load and general awareness of their surroundings.

Ingleside’s Life Plan Communities in the Washington metropolitan area are committed to engaged living, giving residents access to a complete continuum of care as their needs change over time. Contact us to find out more and schedule a visit today.