Dementia Screening: What Are the 8 A’s of Dementia? 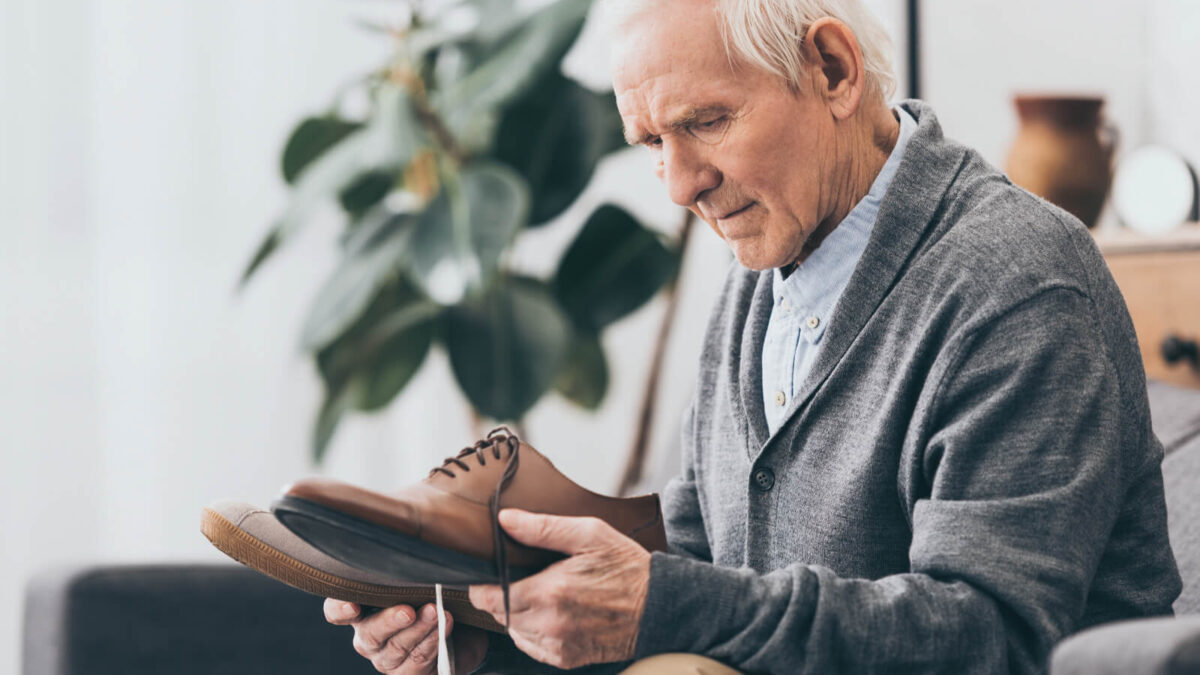 It can be difficult to diagnose dementia in its early stages. This is because the symptoms can be similar to those of other conditions, such as depression or normal aging.
In dementia screening, clinicians often refer to a list of symptoms commonly known as the 7 A’s — anosognosia, agnosia, aphasia, apraxia, altered perception, amnesia, and apathy. In recent years, attention deficit has been added to the list, which is now known at the 8 A’s of dementia.
Here are the definitions of those terms.
1. Anosognosia
Anosognosia is a medical term used to describe a condition in which a person is unaware of their own disability. It is most commonly seen in patients with dementia, who may be unaware of their cognitive decline.
People with anosognosia may refuse to acknowledge that they have a problem at all, which can make it difficult for them to seek treatment or follow their doctor’s recommendations. As such, they may even become upset and deny it when they are told they suffer from dementia. In some cases, rehabilitation may be recommended to help the person cope with their disability.
2. Agnosia
Agnosia is a loss of the ability to recognize previously familiar stimuli. This can be due to damage to the brain, most commonly from stroke or dementia.
Agnosia isn’t simply a loss of memory. People with this condition may be able to remember the names and faces of people they know, but they cannot recognize them when they see them. This can make social interactions very difficult. Agnosia can also occur as a result of perceptual difficulties, such as those experienced by people with prosopagnosia (face blindness). This can be temporary, as in the case of people who have had a seizure, or it can be permanent.
3. Aphasia
Aphasia affects about 1 in 250 people. It is most often caused by a stroke, but can also be caused by head injuries, brain tumors, or dementia. The severity of the condition depends on the extent and location of the damage to the brain. To various degrees, it results in the loss of ability to understand or express language, making it difficult to speak, write, or read. It can also make it hard to follow conversations or remember words.
The inability to understand what others say is one of the first signs of aphasia, followed by the loss of the ability to speak. This can cause a myriad of problems. For example, a person with dementia may stop going to social functions, leading to social isolation and strained relationships.
4. Apraxia
Apraxia is a neurological disorder that affects a person’s ability to perform skilled motor tasks. People with this condition have difficulty executing movements despite having the muscle strength and coordination to do so.
Apraxia can range from mild to severe. People with mild apraxia may have difficulty with specific tasks, such as buttoning a shirt or tying a shoe. In more severe cases, they may be unable to perform any motor tasks at all. Apraxia can also affect a person’s ability to speak.
5. Altered perception
Altered perception is a common symptom of dementia. It can manifest in a number of ways, including changes in vision, hearing, and touch. The person may also experience hallucinations, delusions, and paranoia.
Changes in vision are one of the most common types of altered perception in dementia. The person may experience things like blurred vision, double vision, or trouble seeing in low light. For instance, they may not be able to determine whether a dark mat in front of a door is a hole or a mat. They may also accidentally sit on the floor if they cannot tell the difference between furniture and flooring that are of similar colors. These changes in perception can be very distressing for both the person with dementia and their loved ones.
6. Amnesia
Amnesia is a form of memory loss. In mild cases, people may only have trouble remembering recent events. In severe cases, people may lose all memories of their life up to the point of the onset of dementia.
Dementia-related amnesia is often accompanied by other cognitive problems, such as difficulty with language, problem solving, and judgment. People with Alzheimer’s and dementia-related amnesia may also experience changes in personality and mood. For instance, they may ask repetitive questions and easily become agitated, making it difficult for them to maintain relationships and participate in activities they once enjoyed.
7. Apathy
One of the most common symptoms of dementia is apathy, which is defined as a lack of interest in things or a general feeling of not caring. This can manifest itself in many ways, including withdrawing from social activities, not wanting to participate in hobbies or interests, and generally appearing more disengaged from life.
Apathy can be very distressing for both the person with dementia and their loved ones, as it can be a sign that the disease is progressing. For example, a person may be unable to take part in a conversation without continually receiving verbal cues. Apathy can also be a side effect of some of the medications used to treat dementia, so it is important to talk to a doctor about any changes in behavior that are noticed.
8. Attention deficits
This last symptom comes from more recent literature and has been used in dementia diagnoses since 2015. Attention deficits may be pronounced enough that someone cannot carry on a conversation or perform basic activities. A person with this condition may often appear distracted, uninterested, or confused.
Treatment for attention deficits caused by dementia typically involves a combination of medications and therapies. Medications can help improve symptoms, but there is no cure for the underlying disease. Therapies such as cognitive rehabilitation and support groups can also be helpful.

Dementia is a progressive condition, which means that symptoms will typically worsen over time. There is no way to prevent or cure dementia, but early diagnosis and memory care can help improve quality of life.

At Ingleside, we offer person-centered memory care at two of our Life Plan Communities: Ingleside at King Farm and Ingleside at Rock Creek. Contact us for more information on our program or schedule a tour today.

Almost half of Americans over 75 years of age and around one third of Americans between 65 and 74 suffer from varying degrees of hearing loss, …
Read more
Skip to content